There are approximately 300 types of octopus and all of these are in the Cephalopoda class, along with cuttlefish and squid.

They are amazing, beautiful, and surprisingly smart creatures, and thanks to recent hits like My Octopus Teacher, everyone wants to learn more about them.

For more information about the biggest and most interesting types of octopus, take a look below.

The common octopus, as the name suggests, is one of the most abundant octopuses and the one that most people picture when they think about these creatures.

The common octopus lives in temperate, subtropical, and tropical waters and can be found everywhere from the coasts of South Africa to the eastern Atlantic.

You can even find these little guys along the southern coast of the United Kingdom.

It is the most studied of all Cephalopoda and survives on a diet of crayfish, crabs, and other crustaceans, although in truth, it will eat anything that it can.

The common octopus hunts by blending in with its surroundings, waiting for unsuspecting prey to pass, and then pouncing.

It uses its tough beak to crack mollusk shells and access the nutritious meat inside.

This octopus species can grow to a few feet in length and 20 pounds in weight.

It lives for just 1 or 2 years in the wild and while thousands are caught and eaten every year (the common octopus is the most popular octopus caught for its meat), it’s not considered endangered or threatened.

Demand for octopus meat is increasing and some companies are responding by researching into octopus farms.

Many animal rights activists have campaigned against this practice, arguing that they are highly intelligent and emotional creatures and that such practices are cruel.

How Many Hearts Does a Common Octopus Have?

The common octopus has three hearts.

One of these is its “main” heart and pumps oxygenated blood throughout its body.

The other two are smaller “branchial” hearts, which are located next to the gills and supplement the main heart.

The blue-ringed octopus is a beautiful yet terrifying creature that is sure to trigger some trypophobic reactions.

And that’s good, as it means your brain is working because if you see this octopus then you need to get the hell out of the water!

Blue-ringed octopuses are venomous and actually rank among the world’s most deadly marine life.

If provoked they can release a deadly toxin known as tetrodotoxin.

Fans of weird ocean creatures (and The Simpsons) will recognize it as the same toxin found in the liver of the pufferfish (fugu!).

In addition to the above, there are believed to be at least half a dozen other blue-ringed octopus species still being researched and classified.

Blue-ringed octopuses spend a lot of their short lives (between 2 and 3 years) hiding away.

They use their natural camouflage to aid with this and can also change shape and squeeze into small crevices.

The term “dumbo octopus” is used to define a group of octopuses that have large fins, just like Dumbo’s ears.

Dumbo octopuses live at around 13,000 feet, deeper than the other types of octopus on this list.

Most dumbo octopuses are small but some can grow to over 5 feet.

The Atlantic pygmy is only 5 or 6 inches long, making them one of the smallest types of octopus on this list.

But don’t let their tiny size fool you, as they are incredibly intelligent.

The Atlantic pygmy octopus has been observed using sand and shells to camouflage itself.

It’s also pretty brutal during mealtimes, as it feeds by drilling into crustacean shells and injecting them with poisonous saliva.

Most types of octopuses can change their colors and their shapes, allowing them to hide in plain sight.

But the Caribbean reef octopus takes this to another level, rapidly changing its color, patterns, and skin texture to fool other species.

The Caribbean reef octopus eats small fish and crustaceans and saves all of its hunting and eating for the nighttime, when it can prowl under the cover of darkness.

The giant Pacific octopus or North Pacific giant octopus is a large octopus species that lives in the North Pacific. According to the Guinness World Records, the largest ever giant octopus weighed in at 300 lbs. and had a total arm span of 32 feet.

These giant octopuses eat small fish, lobsters, crabs, and even other octopuses, but they are also prey.

Not only are the eggs of the giant octopus fair game for scavengers, but the octopuses themselves are fished by humans and hunted by sperm whales, sea otters, and harbor seals.

Giant Pacific octopuses are not considered to be endangered, but as with other octopus species and marine life in general, changing climates, overfishing, and pollution could damage their habitats and their numbers are being monitored closely.

As the name suggests, the mimic octopus adapts to its surroundings by emulating other marine animals.

It can twist and contort its body and change its color to look like a sea snake, jellyfish, crab, and a host of other sea life.

The mimic octopus uses these sneaky tactics to fool its prey but it’s also a great evasion tactic and helps it to stay out of the reach (and the mouths) of predators.

Mimic octopuses are true masters of disguise and can be found throughout shallow waters in the Indo-Pacific.

The seven-arm octopus is an elusive creature and has only been spotted a handful of times.

Most octopuses have an almost alien look, but the seven-arm octopus takes that to another level and looks more like something you’d stumble across in a fantasy/sci-fi video game.

Contrary to what the name suggests, the seven-arm octopus has 8 arms.

The confusion stems from the fact that its 8th arm is tucked away and used for egg fertilization.

The East Pacific red octopus is a small octopus species that typically measures just a few inches and weighs around 150 grams.

The East Pacific red octopus is also known as the ruby octopus and is commonly found on the west coast of the US, including the Gulf of California.

These little sea creatures were first described in the early 1950s, before which they were dismissed as immature giant pacific octopuses.

The coconut octopus doesn’t look like a coconut, nor does it have a taste for this tropical fruit.

It gets its name from a peculiar habit of gathering discarded coconut shells from the beach and using them to transport treasures and build a shelter.

It will often use 6 of its arms to carry the shells around while using the remaining 2 legs to walk.

Also known as a “bimac”, the California two-spot octopus is commonly found throughout the coast of California and is so-named because of the large eyespots on either side of its head.

The arm size of the California two-spot octopus is just 20 to 25 inches and it displays several colors, including grey and yellow.

The algae octopus has a camouflage that looks like algae.

It’s a tiny octopus that lives on beaches and frequently moves between tidal pools, earning the nickname “land octopus”.

The algae octopus can be found in the Philippines, Indonesia, and Northern Australia.

The word “octopus” has its origins in Ancient Greek. It’s a combination of the words “όκτώ” meaning “eight” and “πούς” meaning “foot”.

It’s the same root for the first part of “octagon” (a shape with 8 sides) and “podiatrist” (a foot doctor).

The Greek root tells you all that you need to know about the plural of octopus.

The Ancient Greek way of making the word plural was to add “odes”, so multiple animals would be “octopodes”.

This was the correct form throughout history but when it was fully Anglicized, the “es” took over.

The reason that it’s “octopuses” and not “octopi” is because the latter would only be true if the word was Latin and not Greek.

“Octopi” is still in the dictionary, but it is listed as a “misunderstanding” and is considered by most to be incorrect.

“Octopuses”, although it doesn’t always sound “right” to English ears, is the correct form of the word.

Incidentally, the order classification of octopuses is known as “Octopoda”, which literally means “octopuses”.

We’ve covered their size, diet, and habitats, and we’ve also looked briefly at the confusion between octopi vs octopuses.

You are now an octopus expert and are ready to unleash your boundless octopus knowledge on unsuspecting friends and dinner guests! 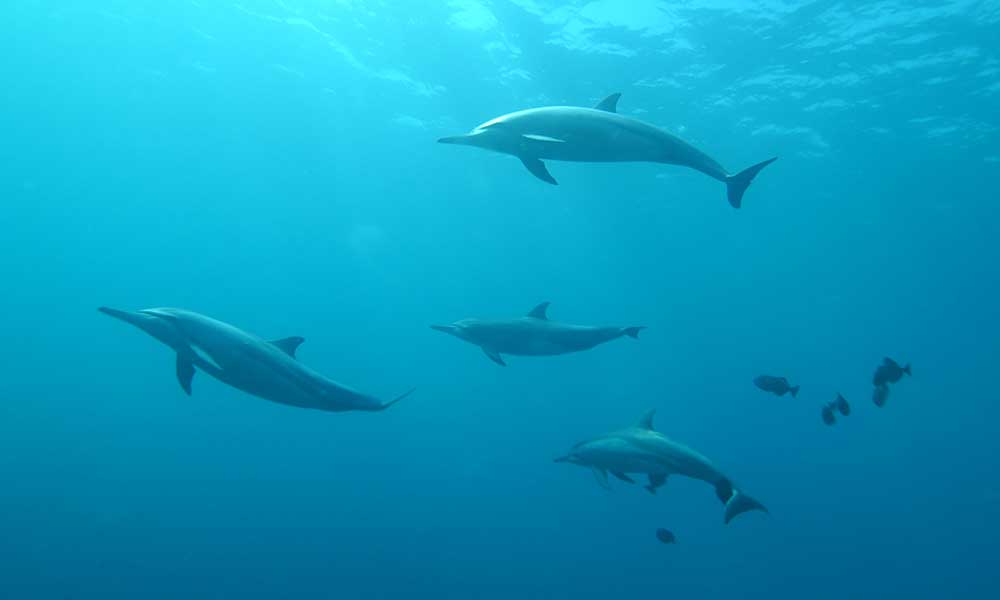