Are you new to stand up paddle boarding?

If so, you probably have a few questions about buying, using, and maintaining your SUP!

What Is An Inflatable SUP?

But unlike the cheap inflatables that you buy on those family beach-breaks and usually discard after a single vacation, inflatable SUPs are much sturdier and longer lasting than their name would suggest.

Can I Keep My Inflatable SUP Inflated?

You can leave your inflatable SUP inflated as long as you keep it out of direct sunlight and follow proper maintenance instructions.

How To Inflate an SUP Paddle Board

You can inflate your stand up paddle board with a manual pump or an electric pump.

The former is cheaper but the latter is much easier.

If you’re going to be inflating and deflating a lot, it’s best to buy an electric pump and let it do all the work for you.

Simply unfurl the board, make sure the pin in the valve is upright, and connect the hose of your pump.

From there, you just need to pump, inflate, and get ready to paddle!

Can You Surf An Inflatable SUP?

Yes, you can use an inflatable SUP to surf, but its performance will depend entirely on the type of board that you’re using and it won’t be as responsive or as easy to ride as a surfboard.

How Can I Repair an Inflatable SUP Board?

You can buy patch kits to fix your inflatable SUP board.

These kits contain patches that you glue onto the stand up paddle board.

You just need the patch itself, along with some vinyl repair glue. There is also resin that you can buy and squeeze into the damaged area.

How Long Does It Take To Inflate A SUP?

It depends on the type of stand up paddle board and pump, but it should take between 5 and 15 minutes.

How Long Will An Inflatable SUP Last?

Your inflatable SUP should last for at least 5 years and could stretch to more than 10 years.

It depends on the quality of the board that you buy and whether or not you take good care of it.

How To Pack Inflatable SUP

The first step is to push down the value and make sure it is locked in the open position.

You can then move to the other end of the stand up paddle board before tightly rolling it and wrapping it with a strap to keep it in place.

How To Store an Inflatable SUP For Winter?

To store your inflatable SUP for the winter, you can either roll it tightly and store it somewhere it won’t freeze or leave it unrolled if it’s going to be stored somewhere cold.

How Much Does An Inflatable Sup Weigh?

The average inflatable SUP weighs around 16 lbs., but the actual weight can vary depending on the brand and type of board.

What Are Inflatable SUPs Made Of?

Inflatable stand up paddle boards are often made by stitching two layers of polyester fabric together with thousands of polyester threads.

If you’re buying a SUP pump, it should fit all brands of inflatable standup paddle boards.

If the stand up paddle board has an abrasion, you can seal it using a coating of Aquaseal.

It will seal the area and ensure that it is henceforth resistant to abrasions.

Can I Use My Tire Compressor To Inflate an SUP?

A tire compressor may introduce moisture into the SUP, which is never a good idea.

It’s best to use pumps designed specifically for SUPs. These pumps are relatively cheap and if you’re paddle boarding on a regular basis, they are well worth the modest purchase price.

Can You Do Yoga On An Inflatable SUP?

Yes, you can use an inflatable SUP for yoga and other forms of exercise.

It’s actually a great way to exercise and one that is becoming increasingly popular as paddlers seek unique ways to get their hearts pumping.

Inflatable paddleboards are not like inflatable toys. They won’t “pop”.

It’s an understandable fear, as when people hear the word “inflatable” they think of cheap toys that are one errant fingernail array from popping.

But inflatable SUPs are made to be strong and resilient and are often just as tough as hardboard variants.

How Cold Is Too Cold For An Inflatable SUP?

Unless you are experienced, you should avoid paddle boarding when the water is around 50 degrees or less.

If you are paddle boarding in cold weather, make sure you wrap up warm and take a friend with you just in case you encounter an issue and need assistance.

After you have been in the ocean, be sure to rinse your board thoroughly and then leave it to dry before you store it away.

You don’t need to use any chemicals to clean your stand up paddle board—water will suffice.

What Is A Good PSI For An Inflatable SUP?

Most boards are inflated to between 10 and 12 PSI but you can go anywhere from 10 to 15 PSI. A higher PSI is great if you need to stay stable on choppy waters.

Why Are Inflatable SUPs So Expensive?

As noted several times in this guide, that’s because they are not toys and are actually very well built and incredibly sturdy boards. 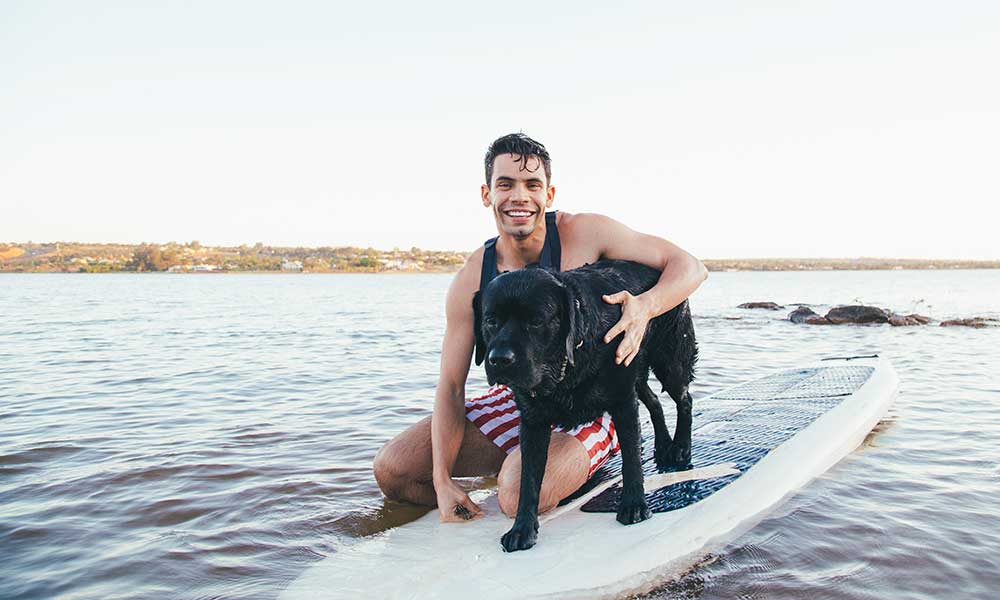 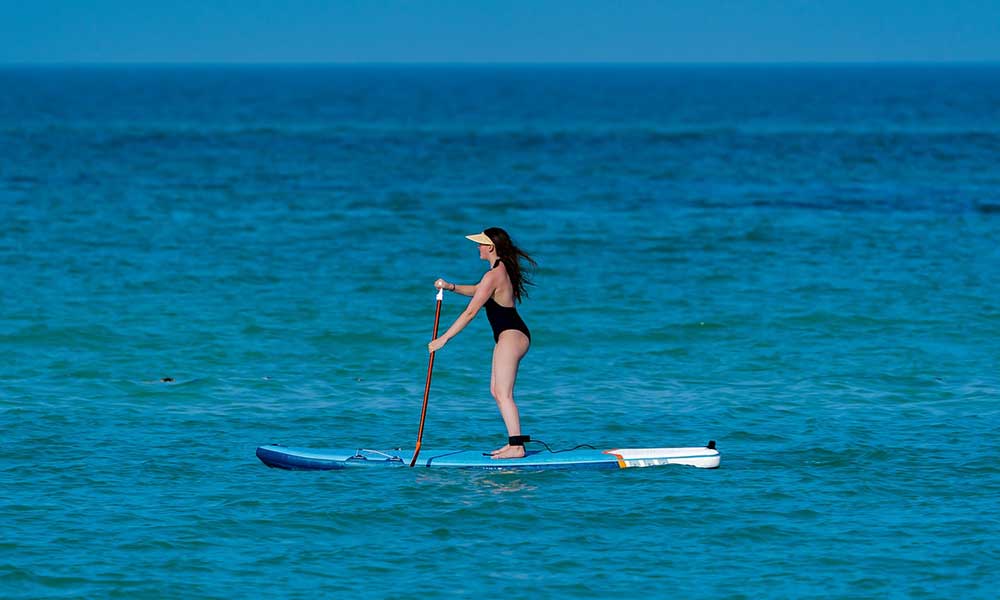 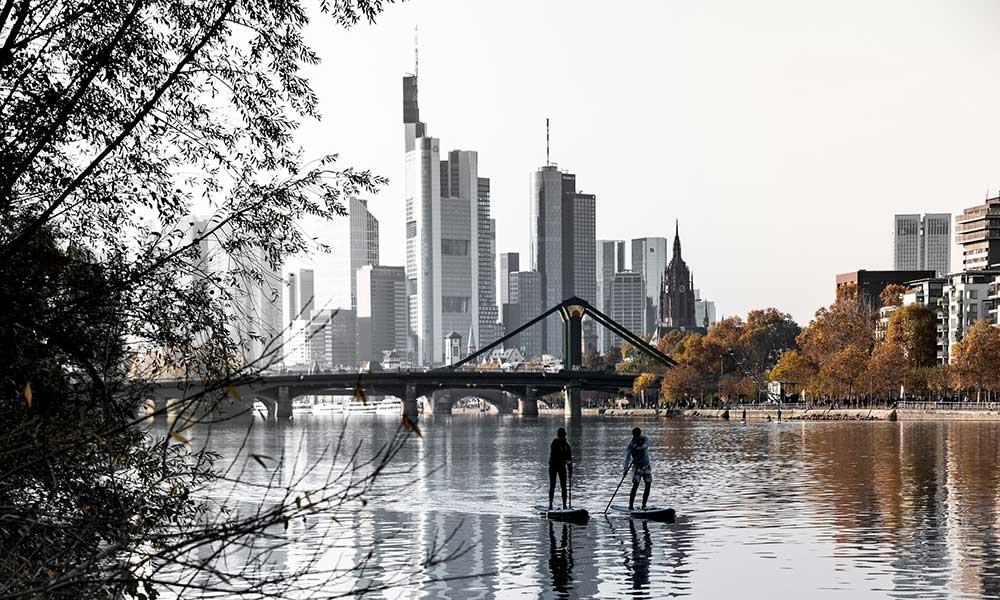 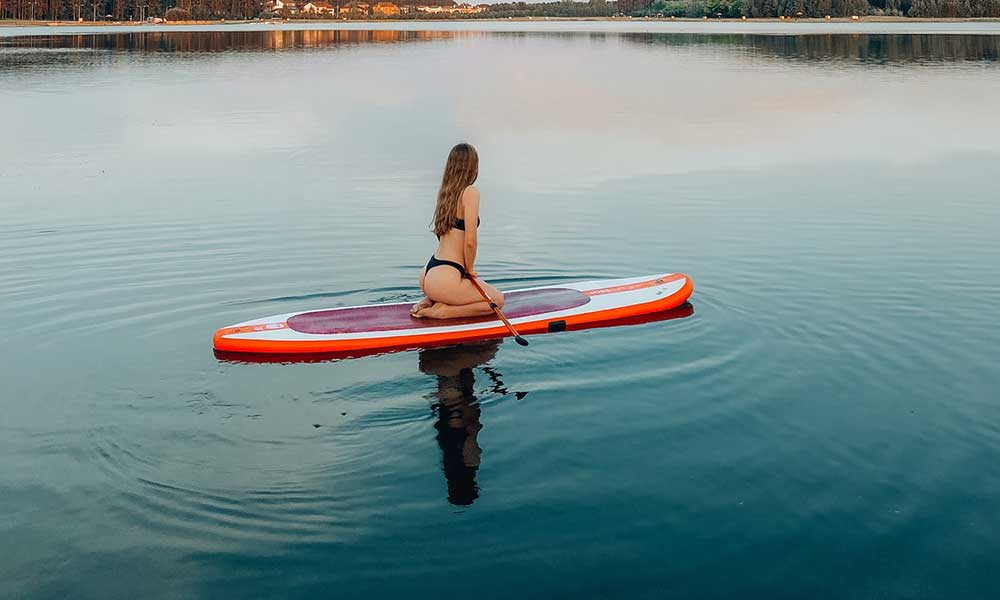 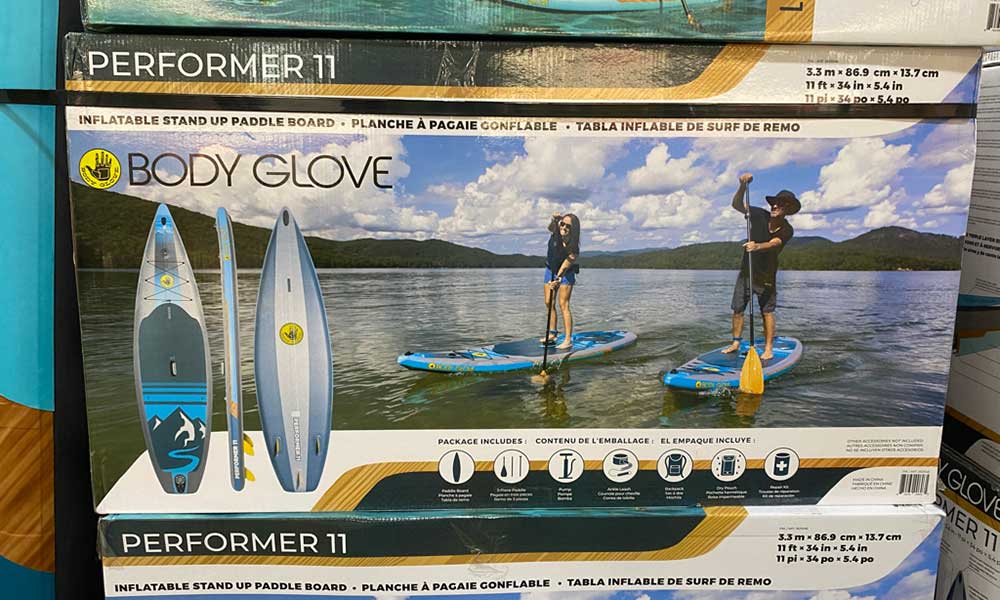 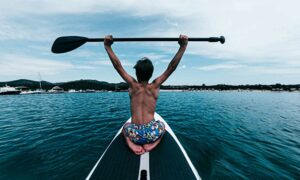 How To Hold A Stand Up Paddle Board Paddle 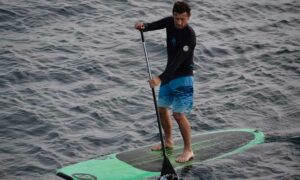 How To Stand Up Paddle Board (SUP) 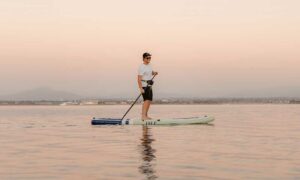 What Size Stand Up Paddle Board For Me? 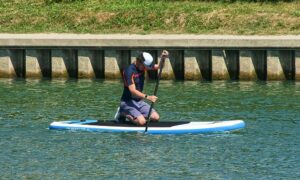 What To Wear Stand Up Paddle Boarding 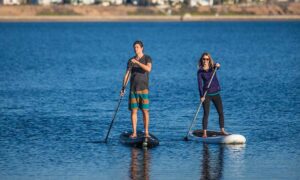 Are Inflatable Stand Up Paddle Boards Any Good?