We have complied the best surf movies and documentaries to keep the stoke, well, stoked, during the flat season.

Here is a rundown of the best (give or take) 12 surf flicks that will get you excited about your next surf, be it at your local break or on your next trip to your favorite island. 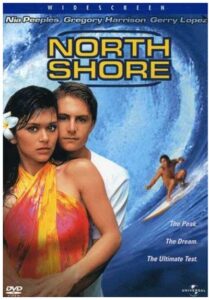 This is easily the best surfing movie that ever was and will ever be. No question about it. Is it a great movie? No. Have we tortured non-surfing friends with it. Maybe. Either way, it’s a must watch, must own, must quote surfing movie.  Stop what you are doing and watch it now. About the movie...

This is a surf movie with a love twist to it that makes it intriguing. A young hot surfer from Arizona, Rick Kane, abandons his studies in a bid to pursue waves on the Hawaiian North Shore.

Things are rough for Rick at the start until he meets an aging hippie named Chandler who teaches him the ropes of surfing and in no time Rick is surfing better and finding love, albeit, a summer fling.

Maybe it would have been love, but North Shore 2 never happened. We’re not bitter about it.

This movie is yet to receive a rating on Rotten Tomato but has an audience score of 83%. Why it hasn’t received a score of at least 101% is beyond us.

It is directed by (make a wild guess) William Phelps himself! It is written by Tim McCanlies, William Phelps, and Randal Kleiser.

A limited edition was first released in 1987 while the streaming version was released in 2003. The run time is 96 minutes. Not long enough.

The cast is made up of Matt Adler, Nia Peeples, Gregory Harrison, the one and only “Mr. Pipeline” himself, Gerry Lopez, and John Philbin. 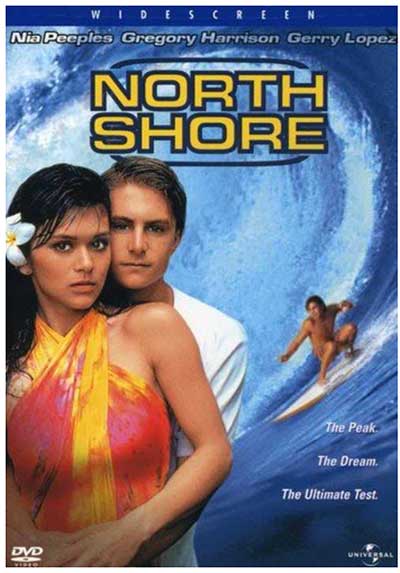 This movie is one part romance all parts surfing that tells the story of Anne Marie and her three roommates.

Anne Marie moves to Hawaii where she hits the waves every morning religiously until she comes across Matt Tollman (a pro quarterback) who pushes her off-balance, literally.

This is a PG 13 movie with a couple of heated up romance scenes. It was directed by John Stockwell and written by Stockwell and Lizzy Weiss. It was released in theatres in 2002 and runs for 105 minutes.

The cast is made up of Kate Bosworth, Matthew Davies, Michelle Rodriguez, Sanoe Lake, Mika Boorem, and Faizon Love among others.

This movie has a Rotten Tomatoes (Tomatometer) rating of 61% and an IMDb rating of 5.7/10. 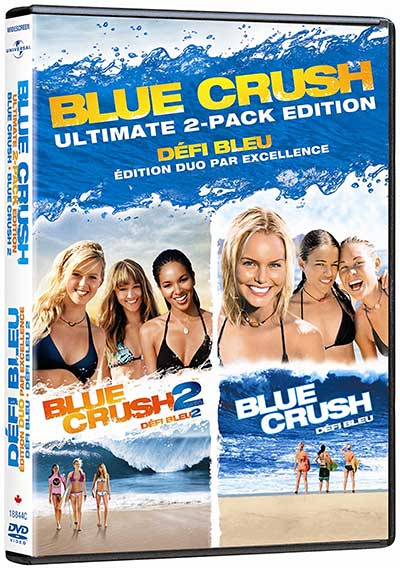 This the classic surf film that started it all.

This classic surf documentary features two young surfers as they chase waves around the world. They explore the uncharted waters of West Africa and find their way to Australia and eventually land in Tahiti. It is a spell binding documentary that draws the attention of surfers and non-surfers alike.

It was written and directed by Bruce Brown. It stars Robert August and Michael Hynson as the principal surfers. Other characters include Lord James Blears, Terrence Bullen, Lance Carson, and Roy Crump.

It has an IMDb rating of 7.7 and a staggering 100% rating on Rotten Tomatoes Tomatometer. 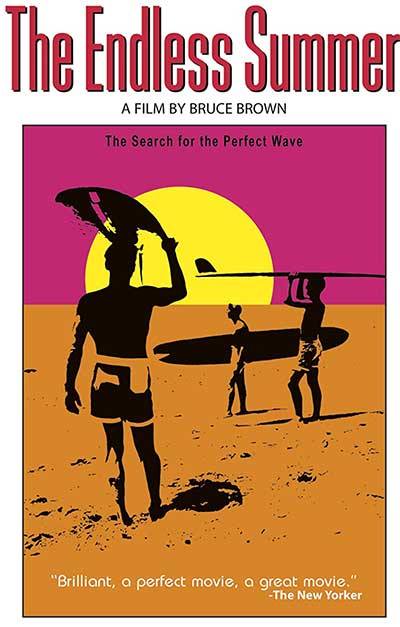 It’s a sequel and worth the watch, but it ain’t the original. Maybe we are just too attached to the first one. You decided.

The two travel across the beautiful waters of the world from Costa Rica to Fiji and Alaska in search of the next perfect wave. Included in this documentary is a freebie of twenty minutes of acrobatic surfing. The whole documentary lasts for 107 minutes. 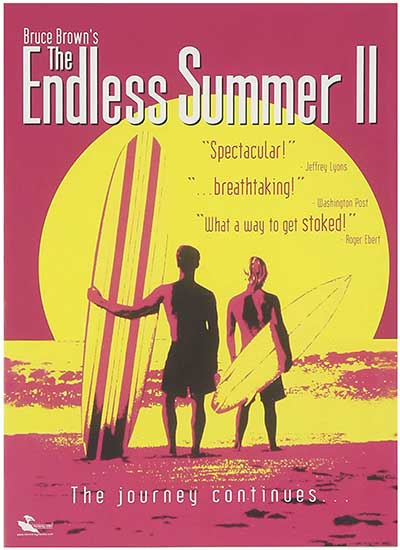 Endless Summer 2
Get the DVD on Amazon

This is an adrenalin pumping surf movie that is full of action, adventure, and mystery and goes great with popcorn.  It’s a story about FBI agent Johnny Utah (Keanu Reeves) who goes after a bunch of Southern California surfers suspected of robbing banks.

It was written by Rick King, Kathryn Bigelow, W, Peter Iliff, and James Cameron. It featured in theatres in 1991 while the streamed version was made available in 2001. It runs for 122 minutes.

It has a Rotten Tomatoes Tomatometer rating of 69% and an IMDb rating of 7.3/10.

We don’t talk about the reboot of Point Break from 2015. Fine, we just did, but that’s all we will say about that. It’s dead to us. 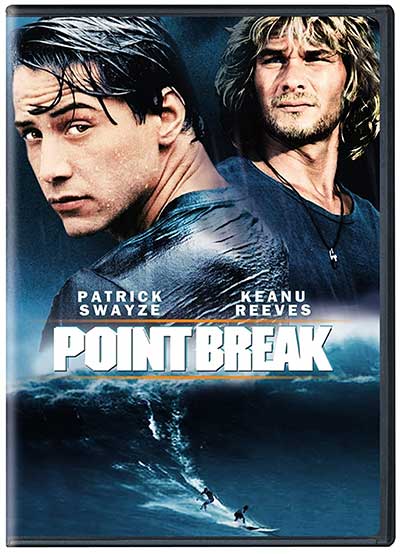 This is a bestselling surf movie featuring AnnaSophia Robb as Bethany Hamilton who is a born surfer. She begins her surfing escapades on Kauai where she is accompanied by her best friend Alana Blanchard (Lorraine Nicholson) as they chase the next perfect wave surfing Tunnels.

The dreams of this young surfer are almost shattered when she was attacked by a 14-foot tiger shark one fateful Halloween morning in 2003. Fortunately, she lives to tell the story as she struggles to find her footing and tackle the waves again. It’s real-life story about perseverance.

This movie was directed by Sean McNamara and written by Sean McNamara, Michael Berk, Douglas Schwartz, Deborah Schwartz, Matt Allen, Brad Gann, and Caleb Wilson. It debuted in theatres in 2011 and became available for streaming in the same year.

It has a Rotten Tomatoes Tomatometer rating of 45% and an IMDb rating of 7/10. 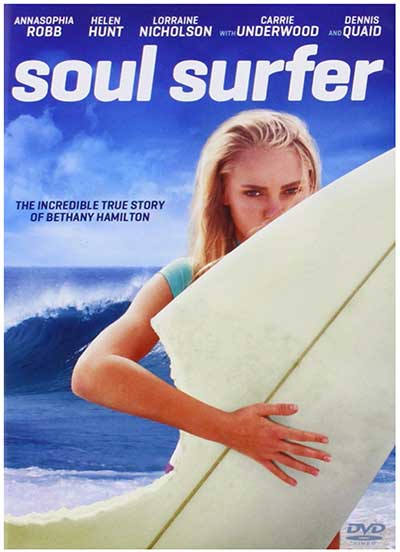 This animated film is a "mockumentary” that narrates how penguins invented surfing. It features a footage of the Penguin World Surfing Championship taken from behind-the-scenes. It is more of a kid friendly animation.

It was directed by Ash Brannon and Chris Buck and written by Don Rhymer, Joe Syracuse, Lisa Addario, Christian Darren, Christopher Jenkins, Ash Brannon, and Chris Buck. Its debut in theatres was in 2007 and was available for streaming in the same year. Its runtime is 85 minutes.

It has a Rotten Tomatoes Tomatometer rating of 79% and an IMDb rating of 6.7/10. 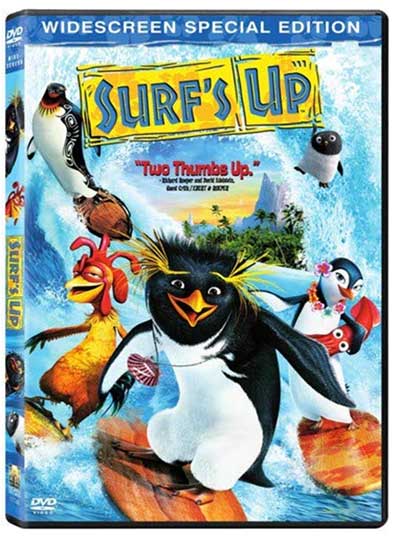 This is a surf animation comedy featuring WWE Superstars as the animation crew. The team (of penguins) goes out in search of a mysterious surfing spot known as “trenches” which allegedly has the biggest waves.  It was directed by Henry Yu and written by Abdul Williams. It was released in 2017 and runs for 90 minutes.

This animation does not have a rating on Rotten Tomatoes, probably for good reasons. 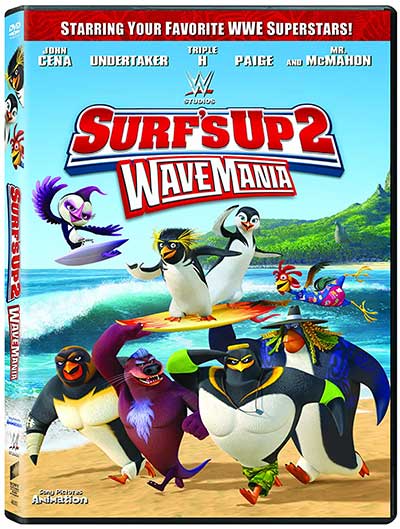 This 1978 surf movie is packed with comedy and drama. It is a story about friends who were once carefree surfers reuniting after serving as soldiers in Vietnam. It’s a classic and should be in your collection.

It has a Rotten Tomatoes Tomatometer rating of 67% and an IMDb rating of 7.2/10. 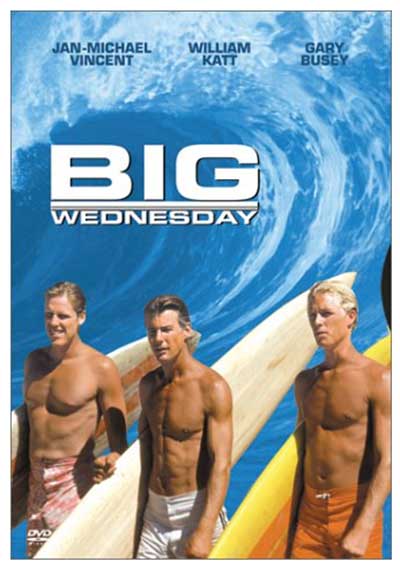 This is a surf documentary featuring surfers from all walks of life. Some consider surfing a hobby, others take it as a job or lifestyle while some consider it a religious pursuit.

This documentary was written and directed by Dana Brown. It was released in theatres in 2003 and became available for streaming in 2004. It runs for 87 minutes.

It has a Rotten Tomatoes Tomatometer rating of 81% and an IMDb rating of 7.5/10. 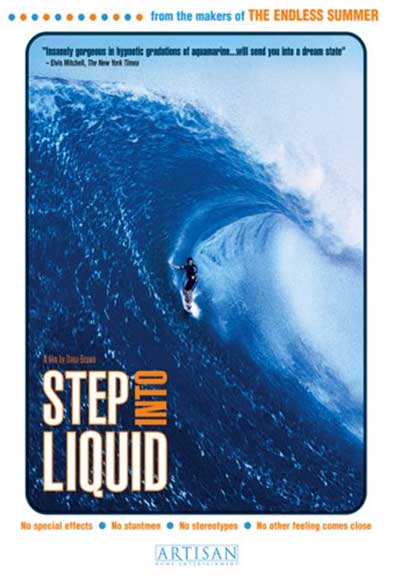 Bustin' Down The Door

This is a surf documentary that narrates the tale of ambitious young men who helped to shape surfing into a recognizable (professional) sport in the winter of 1975. It was directed by Jeremy Gosch and written by him and other film writers. It was first released in theatres in 2008 and became available for streaming in 2009. It runs for 95 minutes. Another classic worth your watch. 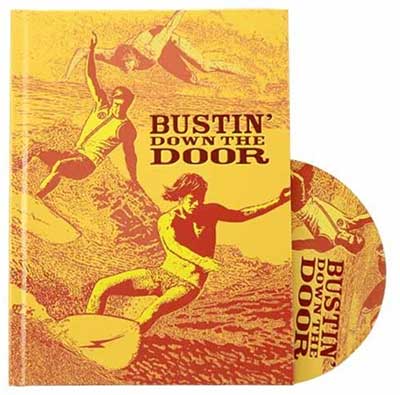 This surf documentary takes a historical look at the origins of surfing and the surf culture. This begins at the beautiful beaches of Hawaii and travels across the globe.

It examines the thrill of riding giant waves and the pleasure derived from the kinetic energy. It is PG rated for use of strong language and for waves that are big enough to kill you 10 times over.

It was written by Stacy Peralta and Sam George and directed by them as well. It was released in theatres in 2004 and became available for streaming in 2005. 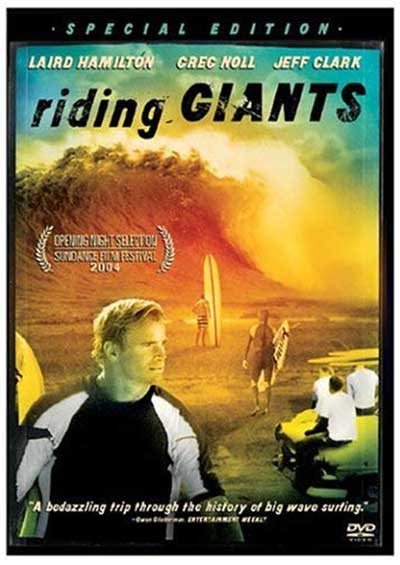 That wraps up our review of the 12 “best” surf movies and documentaries of all time. Get to watchin’.