The history of skimboarding dates back over 100 years and it’s a history that is still being written. But when was this sport invented, who were the first skimboarders, and when did it become popular?

When Was Skimboarding Invented?

The origins of sports are often hotly debated, and the same is true for many board sports. We know, for instance, that skateboarding became popular in the 1950s, but kids had been attaching rollerblades to planks of wood and creating makeshift skateboards for years before that. And then you have surfing, which dates back hundreds of years, so long ago that the first practitioners never made it into the history books.

With skimboarding, however, the origins are a little clearer.

Skimboarding originated in Southern California in the 1920s. Two Laguna Beach lifeguards named Jimmy and George “skimmed” the shore break when the waves were too fast and shallow for surfboards.

The two friends built their very own skimboards to glide over those breaking waves. The boards were made from two pieces of redwood that were connected by several strips of oak and small machine screws. These pioneering skimboards were said to be around 5-feet-long and were completely flat, lacking the curve typically associated with surfboards.

The Laguna Beach lifeguards used these makeshift boards in much the same way as modern wakeboards, as they were towed behind a boat. They also used them to meet oncoming breaking waves, performing an array of tricks that they just couldn’t do on a traditional surfboard.

Eventually, other lifeguards, swimmers, and surfers followed the example set by these two friends and helped to turn this little slice of Southern California into the skimboarding capital of the United States.

Laguna Beach riders took the idea of the oval board and expanded on it, making it longer and more oval-shaped so they could attack the waves better. The sport then evolved and forked, creating two distinctive versions of skimboarding.

The first form of skimboarding entails riding out to meet the waves and performing a variety of tricks. It’s a form of wave riding that’s perfectly suited to high tides, flat surfing days, and heavy shore breaks.

The alternative form of skimboarding is known as flatland skimboarding. It’s still a water board sport, but it focuses on the wash of waves.

Wave riders surf the flat wave wash on the shore, effectively skimming over the sand. It’s fast, it’s slick, and just like traditional skimboarding, it gives riders some additional opportunities on those otherwise flat surfing days.

The Growth of Skimboarding

For several decades, the growth of skimboarding was very slow, and throughout this time it was often known as “skidboarding”. This changed in the 1970s when the sport experienced a revolution and earned the name by which we know it today.

The sport gained some popularity outside of Laguna Beach and spread to parts of Canada and Europe, as well as other coastal areas in the United States.

1976 was one of the biggest years in the history of skimboarding. This is when two skimboarders named Tex Haines and Peter Prietto put their heads and passions together to create Victoria Skimboards.

1976 is also when the first World Skimboard Championships were held at Aliso Beach, helping this sport to grow from a novelty for surfers into something performed at a professional level.

These boards became a common sight in surf shops across the United States.

Sports Illustrated and the Skimboarding Renaissance

In September 1987, Tom Trager was snapped riding a skimboard on the cover of Sports Illustrated. The caption suggested that he was “surfing” as opposed to “skimboarding”, but it was a pivotal moment, nonetheless.

Prior to that photo shoot, skimboarding had experienced somewhat of a downturn, but moving into the ’90s, it featured on more magazines and TV shows and got some much-needed exposure.

Skimboarding contests became more popular and then the United Skim Tour (UST) launched in the year 2000.

The UST serves as the sanctioning body for the sport of skimboarding in the United States and abroad. It was developed in part by Victoria Skimboards and Zap Skimboards, two of the biggest brands in the sport, though they have since taken a step back.

There are several skimboarding pros and experts on the UST board (Aaron Peluso, Matthieu Thibaud, Jason Wilson, and Paulo Prietto), and these play an instrumental role in driving the sport forward.

What Started the Sport of Skimboarding?

Skimboarding originated in Laguna Beach. It was created by a couple of lifeguards, seemingly as a way of surfing waves that couldn’t be ridden with a traditional longboard. They just wanted to have some fun, and they found a way to do that.

The sport has changed a lot over the years, but it still resembles the early form of shallow water wave riding enjoyed by those pioneering lifeguards.

When Did Skimboarding Become Popular?

Skimboarding was somewhat popular in the 1920s, the decade in which it was invented. However, it never really left the Laguna Beach area.

Things picked up in the 1970s, the same year that high-end surf shops began stocking skimboards from new manufacturers like Victoria Skimboards, but it dipped again in the 1980s.

The late 1990s and early 2000s were probably one of the best periods for skimboarding, but it has always been considered a niche sport.

Is Skimboarding Harder Than Surfing?

You ride bigger waves when surfing and you’re also further out, but skimboarding can be harder to get to grips with. It’s often said that skimboarding is easier to learn but harder to master, as those smaller waves are tricky.

You shouldn’t have an issue with basic skimming, but if you want to perform a few skimboarding tricks or flatland tricks, it’ll take a lot of practice and more than a few wipeouts.

Why Do Boarders Kick Sand on Their Boards?

Skimboarders may kick sand onto their boards out of habit or superstition. It may also prevent the wax from melting.

Some boarders kick sand into a mound and then jab the nose of their board into it for much the same reason.

Is Skimboarding Recognized as a Sport?

Skimboarding is not an Olympic sport, nor does it have the sort of recognition or big money tournaments seen in board sports like surfing and skateboarding. But it is still considered a sport and there are still competitive tours and events out there.

How Popular is Skimboarding Today?

It’s hard to pinpoint the exact popularity of skimboarding. Some have argued that the sport is dying. Others have pointed to a rise in popularity resulting from social media trends.

It’s hard to know for sure, but there are a couple of ways we can find out.

The first is to pay attention to what surfers and skimboarders are saying. They are the ones hitting the beaches and surf spots every day, so they know better than anyone if there are more skimboarders than there used to be.

It’s a bit of a mixed bag though, as it seems that skimboarding is more common in some areas and much less so than others.

That’s to be expected.

We can also look at Google Trends, and when we do, things look pretty bleak for the sport.

According to Google Trends, which records data for Google searches since 2004, the peak period for “skimboarding” searches was during the summer of 2005, followed by another rise in the summer of 2006. Since then, interest has waned.

Similar trends exist for terms like “skimboards”, and this is true whether you focus on global trends or those in the United States. 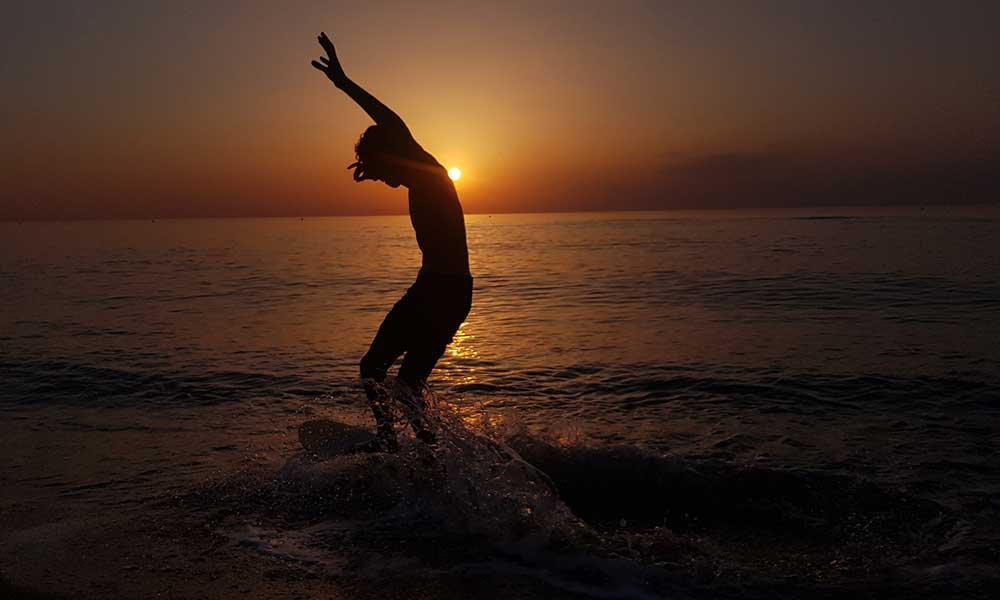 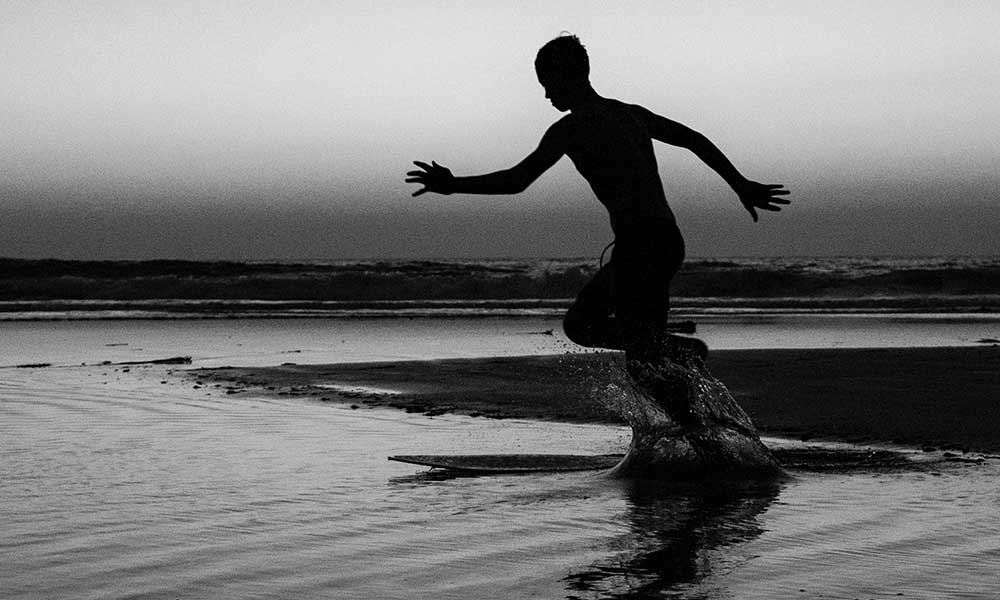 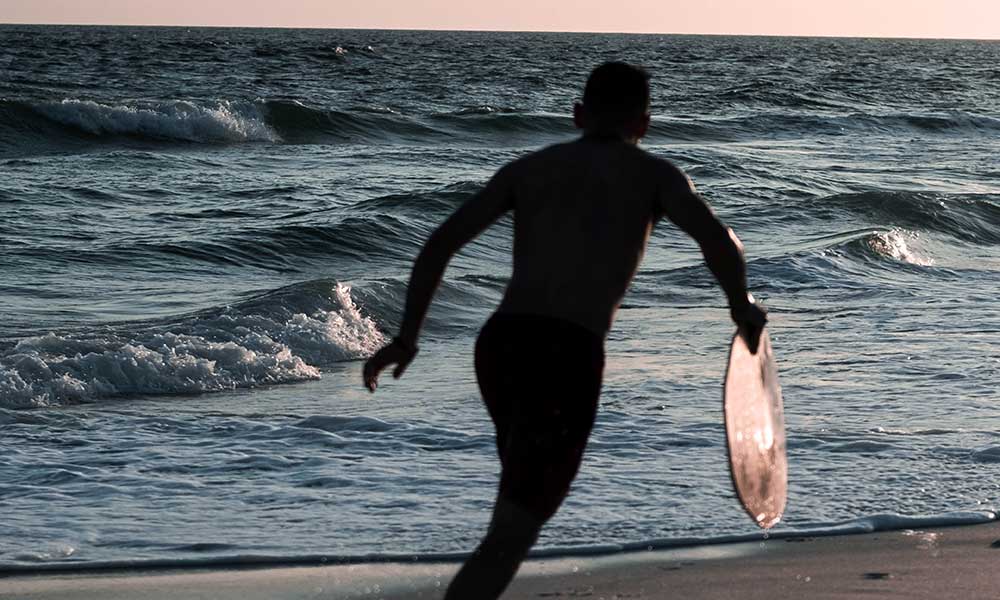 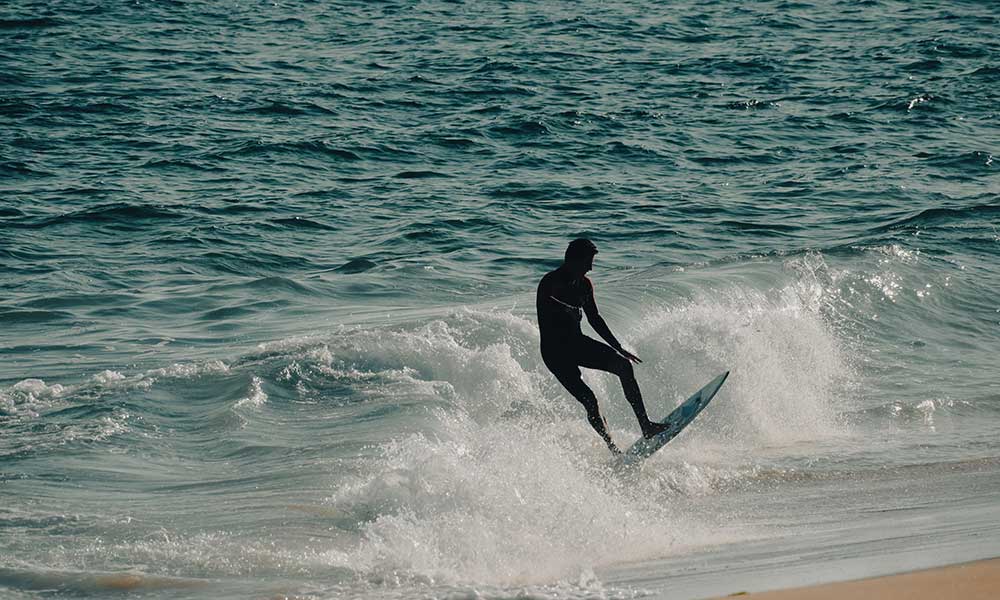 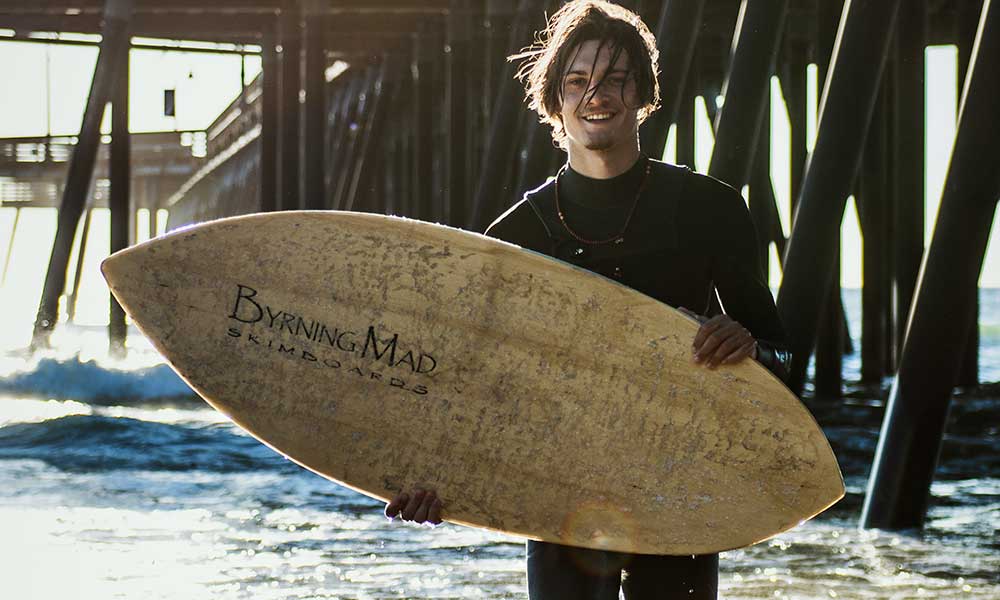 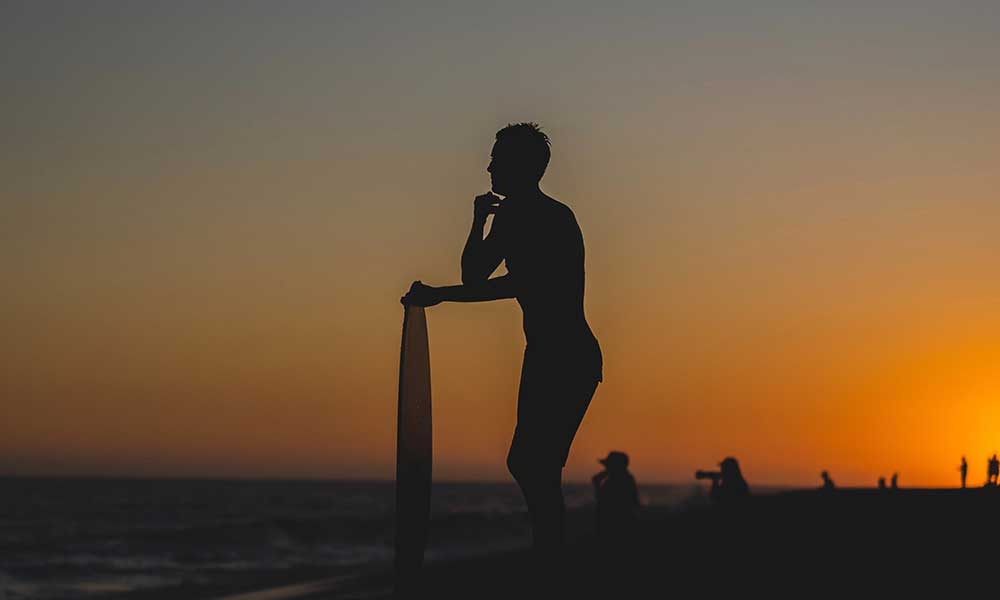