It’s one of the first things that you need to know when you take up the sport, and it’s something that we will address here.

Goofy or regular relates to your foot placement on a snowboard.

It’s similar to the southpaw vs orthodox stance in boxing in that your least dominant side faces forward.

It doesn’t just apply to a snowboarding stance, either, as the same principles apply to most board sports.

What is the Difference Between a Goofy Stance and a Regular Stance?

The main difference between a goofy and regular stance is the direction in which you face because when you change your foot placement in this manner, you also change your direction.

Other than that, it doesn’t matter.

However, you will definitely notice a difference if you try to ride with a snowboarding stance that is not suited to you.

If your right foot is your dominant one, for instance, then placing it behind you will allow you to generate more speed on the slope and more verticality when performing tricks.

How do you know if your goofy or regular in snowboarding?

If you’re a soccer fan or have played kicker in football, there’s a good chance you already know what your dominant leg is.

If not, just go and get a soccer ball, place it down it front of you, and take a shot.

The foot that you use is likely your dominant foot.

Alternatively, just pay attention to how you walk, as your dominant foot is often the one that you use to take the first step.

If you use your left, then you should adopt the goofy stance, with your right foot forward.

The best way to determine if your are a goofy or regular on a snowboard is to first practice on a skateboard.

You will immediately have a preference as to which foot should go forward.

What is “Riding Switch?”

When you ride switch, it means that you are riding opposite to your natural stance.

Riding switch on a snowboard will help you to become comfortable with both stances, increasing the power and control of your non-dominant leg and making you a better rider.

It’s not something that you need to worry about as a beginner, though.

Just stick with your natural snowboard stance, get used to that, and once you’re more comfortable with snowboarding, you can start to ride switch. 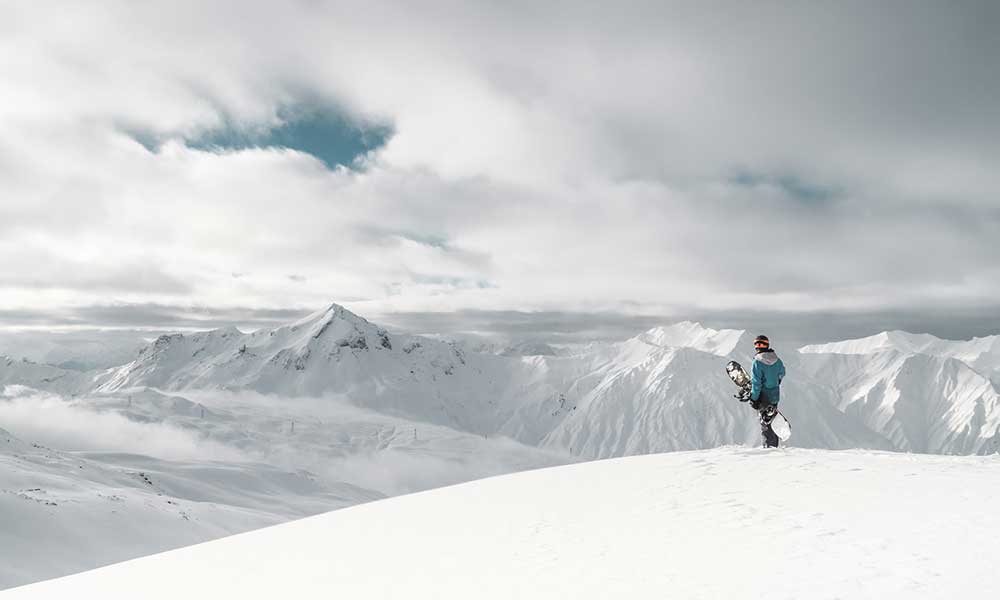 What Size Snowboard Should I Get?