A snowboarding superpipe is a large halfpipe with high walls that are near vertical.

It’s the pinnacle of snowboarding and the event where you’ll typically see the biggest tricks and most memorable rides.

The Snowboard Superpipe at the Olympics

The definitions for a superpipe vary, but where the Olympics are concerned, they are pretty strict.

Snowboarders ride the superpipe by dropping in from the top of the pipe (from either the left or right side) and then riding one of the walls until it propels them into the air. They can then use the momentum to drop down the same wall, cross the width of the pipe, and scale the opposing wall.

The goal is to perform a series of tricks while airborne, before landing these on the wall of the pipe and then repeating on the opposing side.

Unlike a skateboard halfpipe, which sends the rider back and forward in a constant horizontal motion, superpipe riders progress from the top to the bottom, moving down the gradual slope of the pipe while swooping from left to right and performing 5 or 6 jumps.

When they make it to the end of the run, their scores are judged and compared to those of the other riders. Each athlete is given several attempts to register their best scores and these are then used to determine the highest-ranked athletes.

Olympic Records on the Superpipe

One of the greatest moments on the Olympic superpipe came in 2018 when Shaun White pulled off back-to-back 1440s to win a gold medal on his last run.

You can watch the video of the final here, with White’s run beginning at 1:35.38.

Prior to that history-making run, White was in second place and trailing by one point.

What made his run even more memorable is that many had doubted him, believing him to be too old and past his best. Furthermore, he had experienced a serious injury while training for the Olympics. He had crashed into the edge of the superpipe, causing facial injuries that required 62 stitches.

The Best Half-Pipe Snowboarders in the World

Shaun White is not only one of the best superpipe athletes that the sport has ever seen, he’s also one of the greatest extreme sports athletes ever. He has won everything, set numerous records, and defied the odds on several occasions.

He is a household name, and that’s something that generally doesn’t happen with snowboarding and other extreme sports.

It’s not a one-man sport, though, and there are many other great superpipe snowboarders out there, including:

A Japanese athlete who White pipped to the gold in 2018. Hirano came very close that year, but he still walked away with the silver. He was also the gold medal winner in the same event four years earlier.

An Australian snowboarder and a master of the superpipe. James finished behind Hirano and White at the 2018 Winter Olympics and is often regarded as one of the best snowboarders competing right now.

Kim was a silver medalist at the 2014 Winter X Games and was considered too young to compete at the Olympics in the same year. Two years later, she claimed her second gold medal at the X Games and became the first person under 16 to accomplish that feat.

In 2018, Kim became the youngest woman to win a gold medal, doing so when she was just 17 years old.

To put things into perspective, Chloe Kim was born in 2000, and she has already had a career that veteran snowboarders would be jealous of.

FAQs About the Snowboarding Superpipe

For more quick facts about the superpipe, check out the following FAQs.

How Big Is A Snowboard Superpipe?

The walls of the superpipe are near-vertical and stretch to 22 feet. The total width is nearly three times this amount and the length of the run is typically around 600 feet, though it can be anywhere from 400 to 600 feet.

What Tricks Are Performed on a Superpipe?

All aerial tricks can be performed on a superpipe. Rotations tend to be the most common. These are performed by generating a lot of air and then literally rotating. The more rotations performed, the harder the trick becomes and the more points will be scored.

Rotations can be combined with other tricks for extra effect, including grab tricks.

What’s The Difference Between a Half Pipe and a Superpipe?

There are no official definitions for these two terms and they are often used interchangeably.

In simple terms, the superpipe is a large halfpipe, and it’s a name that’s used in other sports, including skateboarding and freestyle BMX.

What Is The Highest Jump On A Superpipe?

As you might have guessed, Shaun White holds the record for the highest jump on a superpipe. He jumped to a jaw-dropping 23 feet while performing at the Winter X Games back in 2010.

Some of the other records held by Shaun White include:

How Do They Make Half Pipes For Snowboarding?

The first step is to produce high-quality artificially made snow, ensuring that it’s flat, smooth, and doesn’t have any problematic bumps.

Once they have the snow, large shaping machines spend around 300 hours pushing it before spending a further 30 hours shaping it.

The shaping has to be exact not only so the pipe can meet official requirements, but also for the safety of the athletes. If the angles are off or there are bumps where there shouldn’t be bumps, snowboarders could hurt themselves. 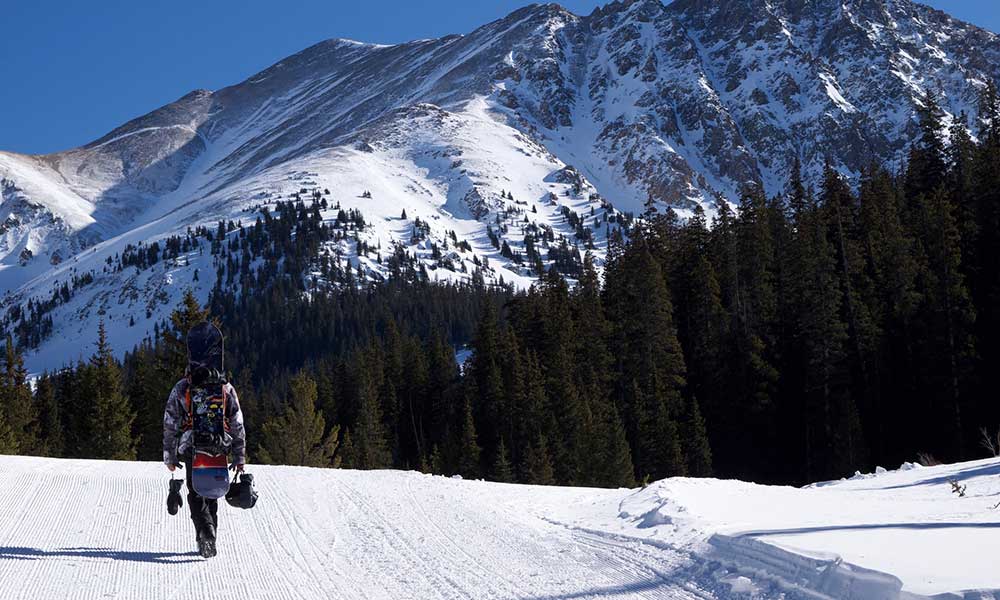